At the AGM, MGPMA Secretary Mr Aliasgar A Kachwalla presented a yearly report explaining the activities undertaken and achievements of the members, among others. Welcoming the patrons and guests, Mr Kachwalla thanked everybody for taking the time to be present at the event and congratulated the audience on the 82nd year of the association. The Secretary mentioned that the Executive Committee of the MGPMA had been meeting regularly to discuss various issues pertaining to the functioning of its members. He added that over the year, the federation has arranged various member benefit programmes. Seven new members have been added since the last AGM of the organization, Mr Kachwalla said.

GOVERNMENT MATTERS
• Members have been kept informed of the various notifications/Government orders with respect to GST/EWAY Bill from time to time.
• Representatives of the committee also attended meets organized by the Local Authorities with respect to trader’s activities.
MEMBERS BENEFIT PROGRAMMES – The objective decided at the first committee meeting after the AGM is as follows: “To update knowledge of the members on statutory obligations, on latest products and new processes and increase or consolidate the strength of our association by conducting various welfare measures.” To achieve this objective, five teams viz Cultural, Business Development, Trade Bodies and Taxation, Labour, Corporation and Police were formed. Each team is headed by a Vice President with 3 committee members. Each team has been given a set of member list. The initial task of the teams was to collect the data as per the Membership Information form from all the members. The teams were advised to form subgroups of their members allocated to them to identify their problems and interact with them on a regular basis. The committee has been informing members of the various exhibitions in and out of the country pertaining to its trade. The committee conducted an Eway Bill presentation by Chartered Accountant V V Sampath Kumar on March 28, 2018, on the association premises. Members attending the meeting found it useful and very informative. The meeting was organised by Mr Kailash Kumar and his team. The committee also organised a Leisure trip to Thailand after a long time. The trip was from March 18, 2018, to March 22, 2018. There were 22 participants in all. Each participant was given a cabin bag from the Association with the name and logo of the Association printed on it. The tour was a grand success. The Committee applauded the efforts of Mr Manohar and his team in conducting a trip after 30 years. The committee also approached the Corporation and Police to provide relief to the dealers in Devaraja Mudali Street due to the illegal occupation of the road. The Corporation conducted an eviction drive immediately. The committee appreciated the efforts taken by Mr Ashok Kumar and his team. The committee applauded the efforts of Joint Secretary Mr M Balaram in helping members obtain their Trade Licences/Profession Tax. The body organized a meeting with the ARO Corporation of Chennai with regards to Profession tax and Trade License. The committee has forwarded the minutes of every executive committee meeting to all its members regularly informing of the various businesses conducted by the committee. The minutes also included information with regards to taxation, labour, legal and other statutory/general matters pertaining to the trade. On behalf of Glass Bulletin, Mr Arun Nair gave a presentation to create awareness of glasspro India 2018 exhibition and the Glass Bulletin Awards to be held from September 7 to 9 in Mumbai.

FMMMA & ANDHRA CHAMBER OF COMMERCE
• The Association was actively involved in all the activities of the Federation/Andhra Chamber of Commerce.
• The Association participated in the Bandh called by FMMMA on 03.04.2018 to support the formation of the Cauvery Board.
• MGPMA has been in constant touch with the Federation in regards to matters of Trade License.
• It was represented at all Executive meets conducted by the Federation.
• Regular bulletins of the Andhra Chamber of Commerce were discussed pertaining to our trade.

SUBSCRIPTION
The committee decided that the subscription for a year (April to March) should be paid by all members by June 30 and not later than the date of the AGM. This will help the committee plan workshops/activities for the members for the year. It was also decided that members failing to pay their subscription before June 30 will not receive any communication from the Association and will be removed from the MGPMA1 group on WhatsApp. Members failing to pay the subscription by the AGM will be removed from the membership list of the MGPMA.
CONCLUSION
It has been an eventful year for the MGPMA. The secretary thank each of the committee members for their time and effort. Team work led to the planning and successful implementation of this mammoth effort. He thanked MGPMA President Mr.D Jagannandham for his able guidance and leadership. Mr Kachwalla thanked each and every member while concluding the event. 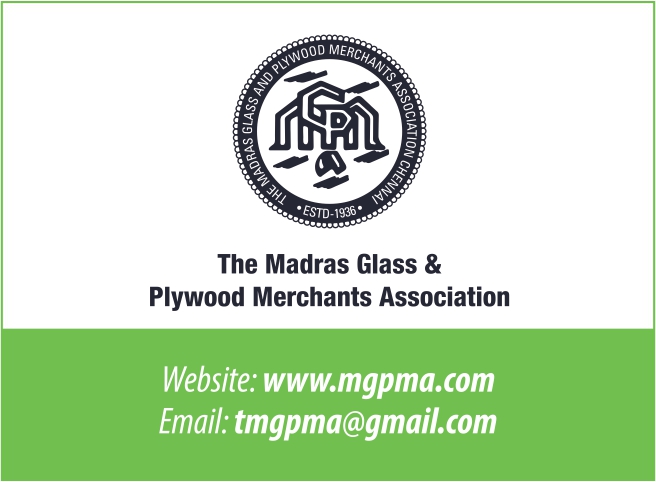